Over 100 staff members from across faculty and professional services attended this year’s staff conference, held on Saturday 2 and Sunday 3 March.

The conference took place at the DoubleTree by Hilton Hotel in Woking, where UCO staff, Board members, as well as representatives from the Institute of Osteopathy (iO) and two of UCO’s collaborative partner institutions gathered for a busy couple of days.

The conference was opened by Vice-Chancellor Charles Hunt who welcomed everyone at the event, set out the themes for the weekend, and gave a short presentation on current issues facing the UCO and closing with a video looking at group culture to emphasise the role all staff can have in creating an appropriate environment for students. This was followed by an engaging and interactive presentation by the ICT team who explored ways in which we can make effective use of technology to deliver the curriculum of the future. Then Deputy Vice-Chancellor (Education) Sharon Potter talked through the UCO’s Strategic Plan – an agenda for excellence; as well as the UCO’s new collaborative approval process and current strategic partners.

The day then continued with a number of workshops, including exploring osteopathic evaluation and clinical reasoning, discussing adult safeguarding in osteopathy, neurodiversity in higher education, incorporating the Osteopathic Practice Standards, presented by Fiona Browne from the GOsC, and supporting CPD. There was also an update from iO Chief Executive Maurice Cheng, sessions on yoga, mindfulness, personalised nutrition, and exercise-based rehabilitation amongst other things.

This winners of the Olwen Starr Awards for Excellence have also been announced at the event. The awards are presented annually to individual staff and teams at the UCO, in recognition of their contribution to the institution, and were founded in memory of much-loved former staff member, Olwen Starr.

Olwen worked for the University College of Osteopathy (then British School of Osteopathy) as a clinic receptionist for 28 years, joining in 1983 after her retirement and staying until she passed away at age 92 in late 2011. Her long-standing contribution to the UCO and her fond memory is commemorated in the Olwen Starr Awards for Excellence. Winners are nominated by colleagues from across the organisation and receive a 'star' in recognition of their efforts. This year's winners are as follows: 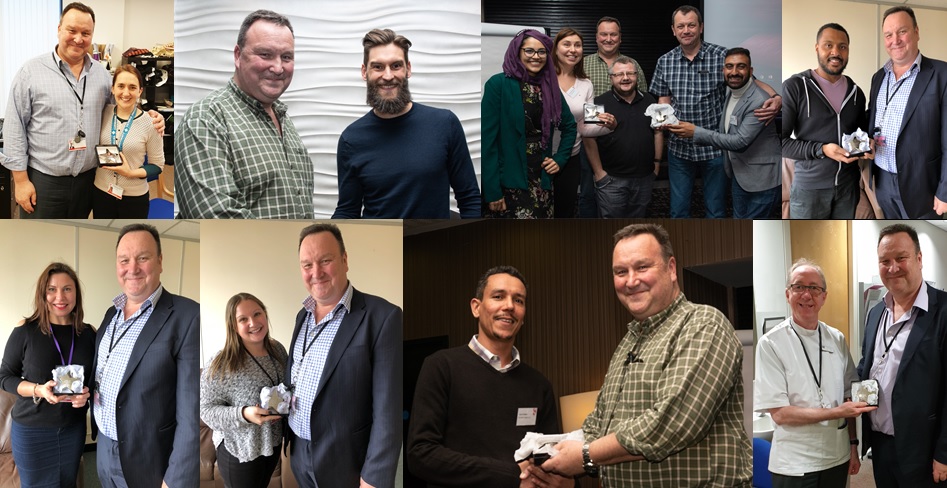 The second day of the conference started with a keynote lecture delivered by Deputy Vice-Chancellor (Research) Steven Vogel on examining and treating the neck, an overview of cervical artery dysfunction, risk and consent, and closed with faculty team workshops to plan forthcoming work.

Congratulations to all Olwen Starr Award recipients, and thank you to everyone who attended the conference!

See some tweets from the conference below:

Really nice to present @UCOLondon faculty member Kerri Holden with her Starr award for teaching as she could not make the staff conference. Nominated by staff and students for her outstanding commitment. pic.twitter.com/ZrVcVTBT0m