The UCO was deeply saddened by the passing of Sheila Diamond in November 2022.

Through the Alan and Sheila Diamond Charitable Trust, established with her husband in 1976, Sheila has been a philanthropic supporter and friend to the UCO since the mid 1990s.

During the past four decades the Alan and Sheila Diamond Charitable Trust has generously supported a range of initiatives and activities, starting with support for our move in the late 1990s from Westminster to Southwark through to sponsorship of the UCO’s centenary celebrations at St James’s Palace in 2017, capital projects including room namings both in the clinic and teaching site and investment in learning resources. Most recently the Trust funded a joint PhD studentship between the UCO and Imperial College London, and a one-year post-doctoral post for former UCO student, David Hohenschurz-Schmidt looking at peripheral neuropathy a cause.

Sheila also supported a number of other charities close to her heart. These included Youth Aliyah, Norwood and Jewish Women’s Aid.

“I knew Sheila for many years and always enjoyed spending time in her company. She was a special person to be around and her warmth and kindness shone through. Sheila always had strong views on the charities she supported as she had taken time to understand them and her support was invaluable both from the financial element but also from her personal commitment which was equally important.

I will miss chatting with her over lunch and hearing her views on the world and feeling her reassuring warmth.” 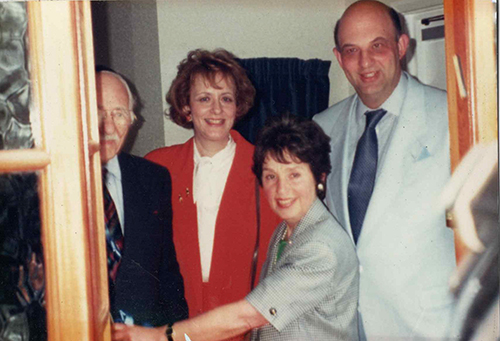 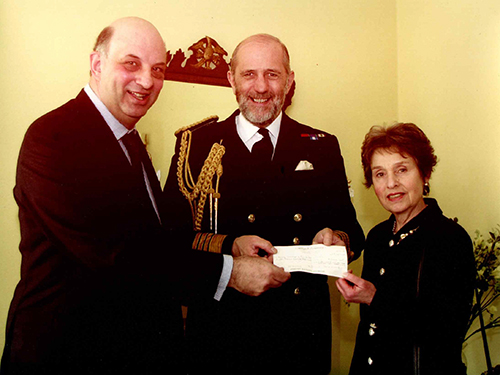 Sheila Diamond with husband Dr Alan Diamond, presenting a cheque to a naval charity to the First Sea Lord in his London residence.