The UCO is saddened by the recent passing of Dame Beryl Grey, who, with her husband Dr Sven Svenson, had been a supporter of the osteopathic profession for many years.

We are particularly grateful for support provided via the Grey Svenson Bursary, which is awarded annually to a final year student at UCO who has demonstrated particular promise. The bursary, which was established by Dame Beryl Grey following Dr Svenson’s death, has to date helped to support a number of students through their final year of studies. 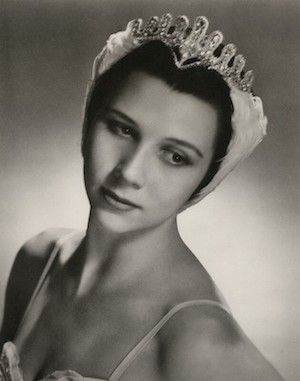 Dame Beryl Grey CH DBE FRSA (née Groom) was one of Britain’s most notable ballerinas of her generation. Following childhood training she joined Sadler’s Wells Ballet at 14 in 1941, becoming a principal dancer. She remained with the company during its transition to the Royal Ballet. Leaving in 1957 she joined the Bolshoi in Moscow, the first British ballerina to do so. Her trailblazing included being the first British Ballerina to perform in communist China in 1964.

Upon her retirement from performing Grey remained active in the professional dance world. She worked as Artistic Director with London Festival Ballet (now English National Ballet) through the late 1960s and 70s. Additionally she held positions with the Arts Educational School, Imperial Society of Teachers of Dancing, vice-presidency of the Royal Academy of Dance, the presidency of the British Ballet Organisation and a directorship of the Royal Opera House.

In 1988 Beryl Grey became Dame Commander of the Order of the British Empire, DBE and later became a Companion of Honour (2017).

In 1950 she married Dr. Sven Gustav Svenson a British School of Osteopathy (now University College of Osteopathy) graduate. Although originally a GP, Svenson developed a lifelong passion for osteopathy, which contributed to his successful recovery from a diving accident. He treated patients including Elizabeth Taylor, Charlton Heston, and Bob Hope until he was 94, and died at the age of 100 in 2008.

In memory of her late husband Dame Grey established the Sven Svenson Bursary (now Grey Svenson Bursary) for undergraduate osteopaths at the UCO. Each year top students from the UCO’s undergraduate programmes would be invited to submit a short, written statement, and until recently Dame Grey would then personally interview the students before selecting the successful recipient.

Charles Hunt, Vice-Chancellor of the UCO says: “Ballet and osteopathy have many links, from the benefits of osteopathic treatment for performers to performers later turning to osteopathy as a second career. Dame Grey’s generosity to trainee osteopaths in memory of her husband has been deeply valued by the UCO community. She will be sorely missed, and the UCO’s heartfelt condolences go out to her family and friends and her son Ingvar.”