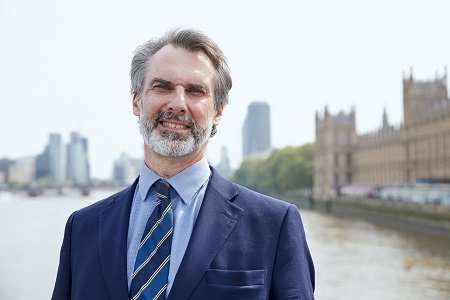 Professor Janusz Jankowski is the UCO's Chair of the Board.

He has strong experience of chairing Board meetings such as Government Committees and Organisational Education and Training Committees. He has been on several HEI and NHS Boards. He has been a CEO and Trustee in several health organisations, regional councils and education charities. He has ensured that Board Members are fully engaged by a combination of emotional intelligence, matching skills with intended outputs, as well as periodic training for gaps in experience as they appear and has strong leadership skills and the ability to motivate and inspire others.

Janusz is an expert in reflux esophagitis, Barrett's esophagus, acute medicine and clinical trials as well as in cancer prevention and health promotion. As a clinician, Jankowski has created centres of excellence in medicine including the Digestive Disease Centre, University Hospitals of Leicester 2002–12. He also set up Scotland's first endoscopic surveillance service for Barrett's esophagus (ESBE) between 1988–91 at Ninewells Hospital of Dundee and the first in London at Guy’s Hospital 1991-94.

Janusz has held Professorships at various universities including in London and Oxford, rising to Pro Vice Chancellor at University of Central Lancashire. He has been a Consultant Gastroenterologist and a lead mentor for university hospitals and has made a senior management contribution to the Research Excellence Framework (REF) 2014 as a clinical medicine (UoA1) lead. He has taken part in several studies including the isolation of label retaining cells (putative stem cells) in the oesophagus, identification of the genomic factors associated with the premalignant condition Barrett's oesophagus. He has studied the use of aspirin and proton pump inhibitors in one of the largest randomized clinical trials to prevent cancer. He is a highly cited clinical academic with a h-index of over 65. He has over 200 publications of which 150 are peer reviewed papers including in Gastroenterology, The Lancet, Lancet Oncology, Nature, Nature Genetics, Nature Communications, New England Journal of Medicine and Proceedings of the National Academy of Sciences USA. He has been awarded NHS Clinical Excellence Awards, the Sir Francis Avery Jones Award (British Society of Gastroenterology), the James Black Senior Fellowship (University of Oxford) and Lectureship (Brasenose College) and the Sir James Black Professorship (Plymouth University).