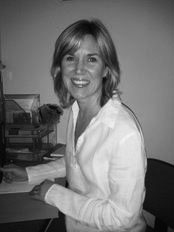 She completed her Professional Doctorate in April 2016 and conducted a research study that has advanced knowledge about paediatric osteopathy and has recently been published in the European Journal of Pediatrics. Julie has presented her research findings at various national conferences, including the iO Convention and UCO Education Conferences in 2015. She has also presented at regional osteopathic societies, such as the Oxford Osteopathic Network in March 2017.

Prior to being an osteopath, Julie obtained an MSc in Applied Haematology and a Diploma in Sports Medicine, and she later graduated from the College of Osteopaths in London in 2004.

She has developed a special interest in the care of children and babies and her work was recently reported in an article in the Irish Times in October 2016.

Her research study investigated the cause of unsettled infant behaviour with particular focus on the musculoskeletal system and was conducted under the supervision of Professor Alf Nicholson, paediatrician at the Childrens Hospital in Tallaght and Dr Mike Ford from the BSO.

She has also contributed to a large systematic review of manual therapies in paediatric conditions conducted by the National Council for Osteopathic Research (NCOR).